We’ve been conducting a little experiment here at CRV. It involves Pinot Noir, so let’s discuss that first. What should Pinot Noir be? According to sommeliers and wine critics it should be a wine of sophistication and elegance, it should be food friendly and well balanced, it should have soft tannins and express notes of ripe black cherry, raspberry, spice, etc. How then do you grow Pinot Noir that can become that kind of wine in the glass? The short answer is you grow it in a cooler climate. Pinot needs cooler weather to ripen at its best. It’s no accident then that the very best Pinot Noirs come from places like Burgundy, Willamette Valley, and New Zealand’s south island. What would you think then if I were to tell you that at Chiricahua Ranch Vineyards we have the perfect weather for growing Pinot Noir? Now you may be thinking that I’m going to tell you all about high elevation viticulture, but that’s not it. While CRV is high by Pinot standards at 4500 feet, that’s certainly not high by Arizona standards. What I’d like to tell you about then is a viticultural technique called Crop Forcing.
What is Crop Forcing? It’s a technique involving an aggressive mid-season pruning which “resets” the vines causing them to experience a week or ten days of faux dormancy followed by new growth, flowering, and fruit set, with the most critical last month of ripening happening then in the fall when the weather is much cooler. We’ve been doing this mid-season pruning in the third week of June, but the work actually starts much earlier. As soon as the vines start producing flower clusters in the spring, we start pulling them off. This takes several passes to remove all of them. After that mid-season pruning the vines are tended to much as any other, accept the schedule is off by several months. For example, springtime foliar nutrient applications happen in July and August. Harvest happens then in mid to late October. 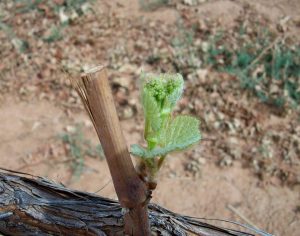 This is obviously a lot of work and it represents a substantial investment in the wine. Is it worth it though? We think so, but ultimately you’ll have to be the judge. The 2017 vintage will soon be released under the Laramita Cellars label. You’ll have to let us know what you think. 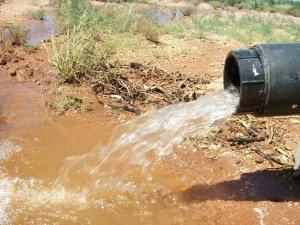